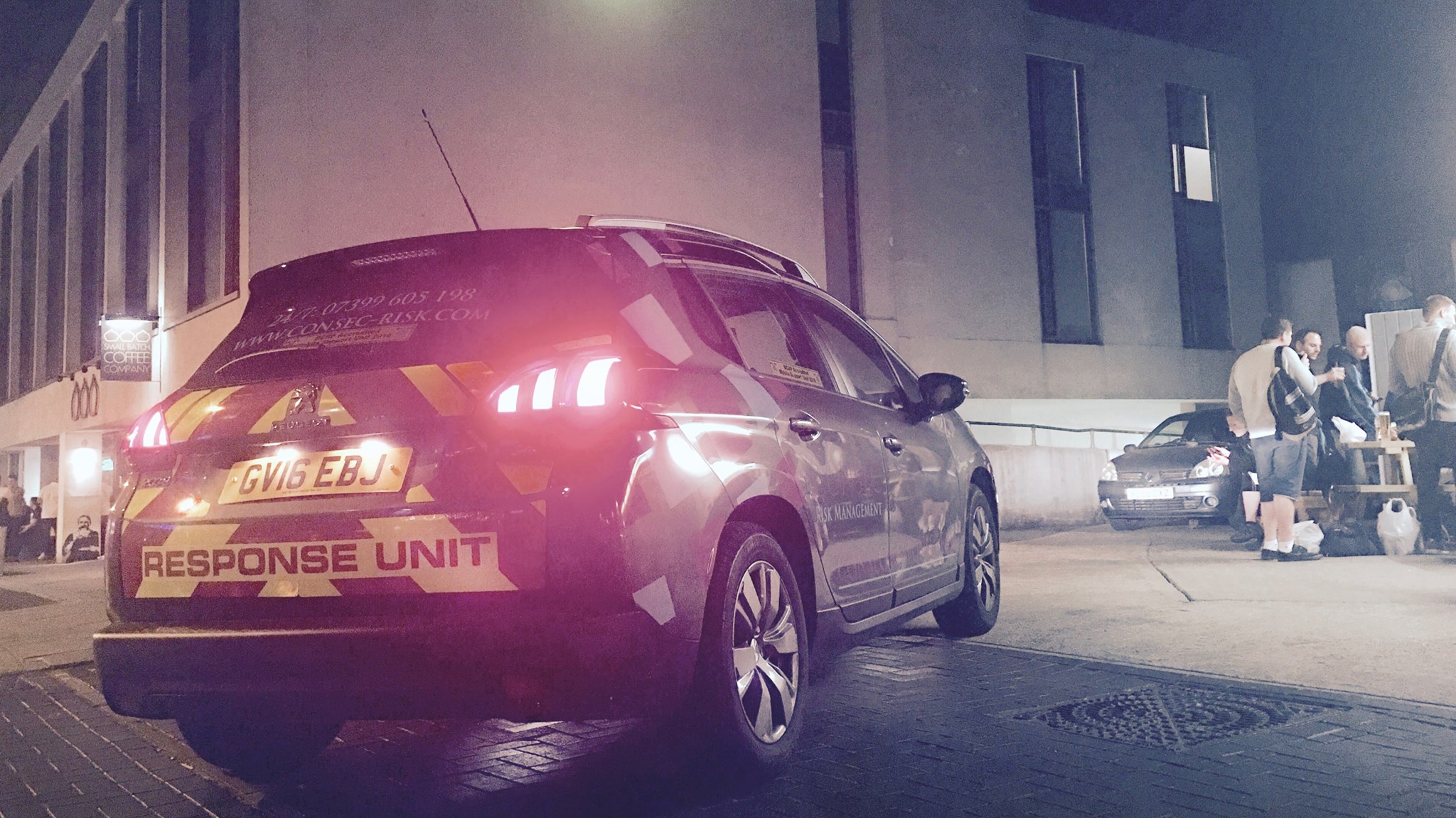 By Jack TaylorSeptember 1, 2022No Comments

The M.S.U. (Mobile Support Unit) concept was first developed by our C.E.O. & Managing Director in 2009 as a response to an increasing number of clients wanting an alternative solution to the traditional security services available to the night-time economy.

Utilising his background serving with specialist units of the British Army and delivering Security and Risk Management services and consultancy globally whilst specialising in some of the worlds most hostile environments, modelled the M.S.U. concept loosely on the tried and tested military Quick Reaction Force (Q.R.F.) used so effectively for decades around the globe, most notably in Northern Ireland. The Units would consist of double, and triple crewed highly trained Operators with a mixed background that incorporated experience within the night-time economy, Close Protection, Advanced First Aid, Crime Scene Management and Advanced Driving, with recruitment centred around former Police Officers, ex-Military and seasoned Senior or Head Door Supervisors with the right attributes.

Following a 6-month development process, during which, Sussex Police, which included Officers attached to Op Marble as well as Licencing, signed off on the concept and the carefully written S.O.P.’s (Standard Operating Procedures). The M.S.U. service was widely recognised for its safeguarding and crime prevention ability, quickly becoming a condition of many licences across a range of venues throughout Brighton & Hove, easing the burden faced by the Police by effectively dealing with minor issues as well as incidents of theft, fraud, aggressive intoxication and anti-social behaviour as well as drug related incidents and predatory behaviour.

Fast forward to 2021 and the Mobile Support Unit(s) here in Brighton is now a recognised Licencing Condition of many venues. It also has its own accreditation that has been implemented by the BCRP (Business Crime Reduction Partnership) and endorsed by Sussex Police. This accreditation was the initial idea of our C.E.O. & Managing Director in response to a number of lesser, inexperienced imitations being used by other companies. Whilst there is no issue with competition in the private sector, there is a danger of copycat companies doing so without the prior knowledge, training and experience which can lead to the discreditation of an M.S.U. service.

Recently our Mobile Support Unit(s) have successfully filled the Emergency Service Gap. With a shortage of staff and existing numbers stretched within the Emergency Services our M.S.U.’s act as a First Response to a diverse array of incidents, from violent crime, theft and fraud through to vulnerability and safeguarding issues, often arriving on scene before the Police or Ambulance as we are already deployed and patrolling our client’s venues.

The gap between the Public Sectors capabilities and the needs of the public and consumers within both the daytime and nighttime economies is increasing at an alarming rate. As a company we are accredited to the highest levels possible within our industry having successfully achieved and held ACS (Approved Contractor Status) and ISO9001 for the last 3 years. These sit alongside other accreditations such as Safecontractor and ICO Tier 1 showcasing our professional, ethical, and transparent working methods, all supported by in-depth regular in-house and external staff training keeping them current and up to date in a range of skills and competencies. All these elements come together to enable us to provide a rapid and professional response service across Brighton & Hove, dealing with minor incidents such as Homelessness, Vagrancy, and Anti-Social Behaviour to more serious incidents including Violent Crime, Criminal Damage, Sexual Assaults & Predatory Behaviour as well as providing immediate First Aid & Life Support assisting in the ‘Golden Hour’ of emergency treatment and assisting the Emergency Services with triage and Scene Management.

The collaboration between our M.S.U. and Sussex Police goes further still, with us frequently providing ‘Realtime’ intelligence and ‘sightings’ of ‘Persons of Interest’ and compiling reports that are submitted via the BCRP’s DISC App, which often proves decisive in securing convictions. We also have the ability, expertise, and legal right to detain individuals until Police arrive on scene, the gathering of information, evidence and witness statements recorded on our Body Worn Cameras that all our Operators are equipped with, along with vital drug and weapon seizures.